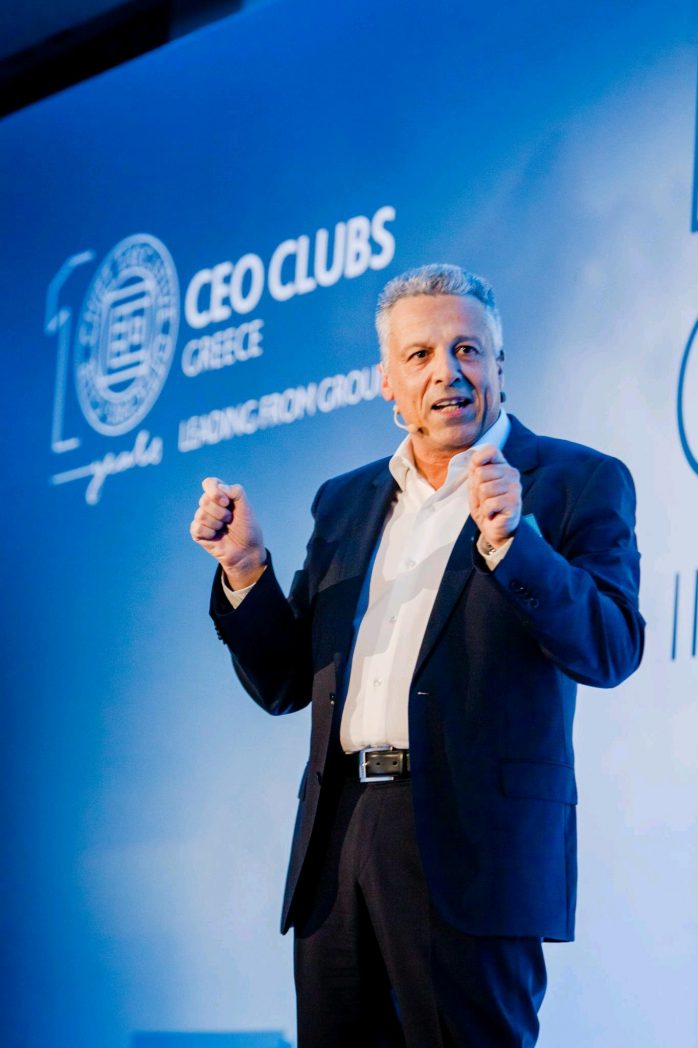 AGT Group was part of the CEO Clubs Greece Anniversary Forum titled “Leading from Ground Zero in Action” on November 14, 2019 at Hilton Athens.

CEO Clubs Greece offers market leaders a unique environment of knowledge and collaboration that improves the quality and profitability of their companies, and its anniversary forum has delivered a strong message of loyalty, professionalism and optimism for the next 10 years of Greek entrepreneurship.

Nikos Anastassopoulos, CEO, was honored with an  invitation as rapporteur at the CEO Clubs Greece Anniversary Forum, recognizing the need to share his own overview of the last decade in Greece with CEOs Clubs Greece members and senior executives forming Greek business.

His speech recounted the biggest personal and professional challenges and successes that helped him secure the viability of his company during the biggest recession Greece has faced in its recent history.

“Our company on a very big project was very ahead of schedule, while the other companies that were on the same project were lagging behind.

The American Head Project Manager then asked us to contribute to several parts of the other contractors and when he saw that other companies were lagging behind, he was shouting loudly ‘Bring me the Greeks’ throughout the  factory.

Mr Anastassopoulos also spoke about the importance of his current success, focusing on the continuing uncertainty in business planning and the overall effort needed to manage such a situation over the past decade.

In particular, he said in his memoir: “When a very good customer of ours told me why AGT stands out from the rest of the market, then I realized that what I was looking for was our company already. We will build on our foundations, at GROUND ZERO. So, we decided and focused on the customer because our goal was and is to build long-lasting trust relationships with our customers. To be with them all the time and support their needs as small or big as they are. ”

[ssba]
We use cookies to ensure that we give you the best experience on our website. If you continue to use this site we will assume that you are happy with it.Ok